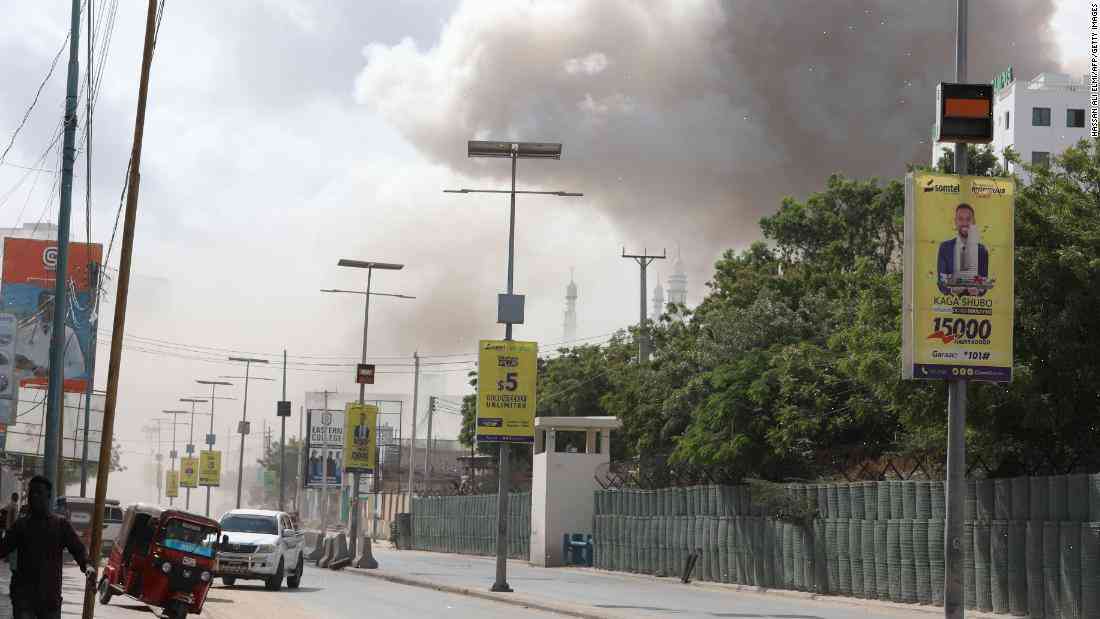 AMISOM and AU peacekeepers have accused al Shabaab of planting a roadside bomb near the ministry, killing at least 100 people in the early hours of Sunday (5 December).

The blast was followed by a wave of al Shabaab attacks in Somalia. On Monday, it carried out three attacks in Gedo, the second-largest city in the country.

It has claimed responsibility for an attack in the central town of Qardho, which took place on Thursday, the first attack outside of the capital. The group, which is widely suspected of ties to al Qaeda and Islamic State, claimed three other attacks on Monday in the city of Baidoa and in a market town.

Witnesses said some of the victims were farmers, who were working in the fields when the bomb blew up, with another report saying about 40 people were killed.

A statement from the AMISOM mission, the armed forces of Somalia’s Western Somali Regional State, said the first explosion went off at around 1am local time. It said the second blast happened at the same time as the third blast, which killed 10 people and injured another 120.

“There were three detonations, one in the central marketplace, another was in a market in the centre, and the third one (was the) explosion in the market in Gedo,” said Mohammed Amin, spokesman of AMISOM.

The US military said it was providing air support to AMISOM, and the US State Department said it was “appalled” by the attacks.

It said: “The United States stands with the people of Somalia in their fight against al-Shabaab and against those who would exploit the innocent civilian victims to further destabilise the situation in the Horn of Africa nation and cause serious harm to regional stability.”

Al Shabaab has often claimed responsibility for bombings in Mogadishu, the capital of Somalia, which it has controlled since 2008.

In June, the United Nations Security Council authorised AMISOM and the African Union’s AMISOM Support Mission in Somalia (ASM) to set up an African Union force to combat al Shabaab, which is also known as the Islamic State