Carlos Alcaraz says he is confident at the French Open 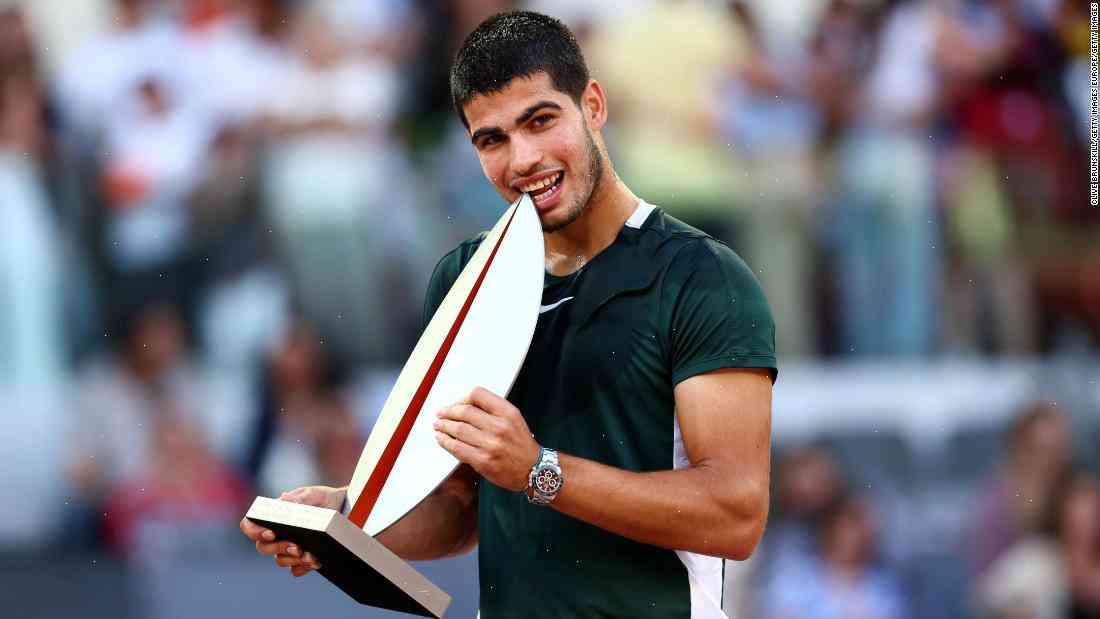 Carlos Alcaraz, one of the greatest players of all time has said his run at the French Open is going as well as any of his past achievements.

The 32-year-old said it has been a roller-coaster ride since his back-to-back Masters quarter-final days in 2011 and 2012. He has won at Roland Garros five times, but on home soil is the first time he has appeared in the final at the tournament since 2009.

He said: “I have to be honest and say this has been the most difficult and emotional week of my life but it’s going really well with me playing so well. I’m happy that I don’t have to defend my title, I play here and I’m playing unbelievable tennis,” he said at a news conference in Paris.

Alcaraz, who now has three Slam titles won in his career, said it is a rare, special feeling to have reached this position but that he is confident at the French Open final against Rafael Nadal.

He said: “I still have a few days left to compete at the end of the season and then we will see if it is necessary to qualify for the French Open final.”

Alcaraz, who said he was not thinking about winning a third straight title and was just trying to stay calm and confident, said there is a real feeling in the air at the moment.

He added: “It means so much that you are finally on the way to making history. It is a special feeling and a lot of responsibility. “

As for the upcoming French Open, he said that while the pressure does get tough, there is no doubt that he has a great shot at winning.

He added: “There are a lot of great players out there but my serve and my movement are the two things that are standing out in any tournament,” he said.

Alcaraz, who has been ranked No. 1 for the past two years and won five titles in two years, said that for him, this is a year