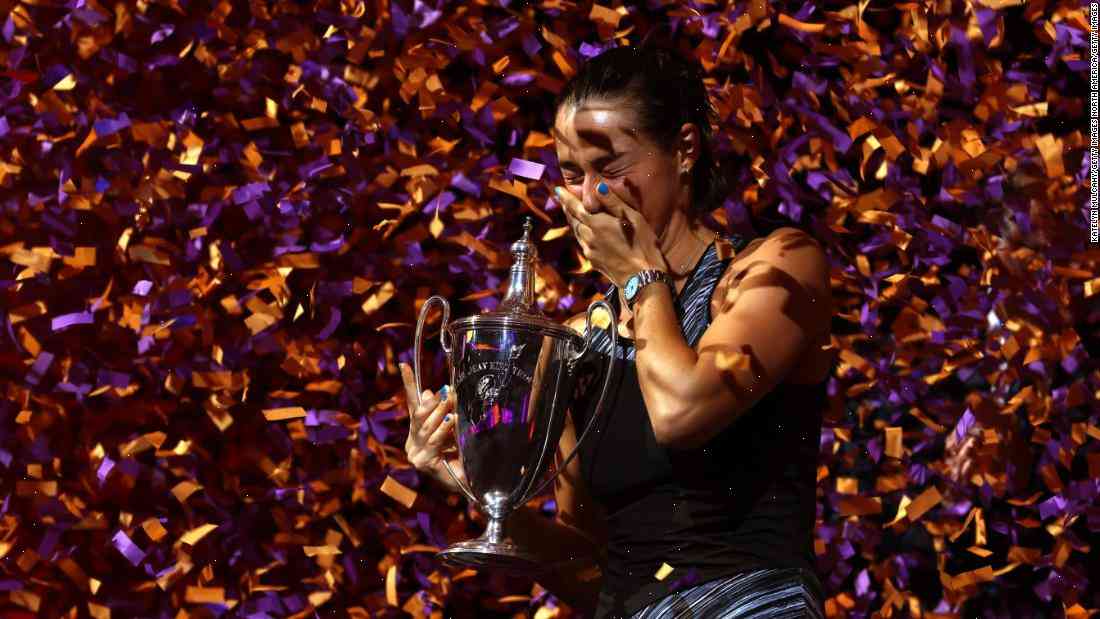 Caroline Garcia has come out on top as her career at the top continues.

The American, who reached the quarter-finals at Wimbledon as a teenager, will lift the Wanamaker Diamonds World Championship on Monday by beating world No. 17 Elina Svitolina.

Garcia – the youngest player in any of the major championships – had led with a two set lead in the first set, 2-1, before Svitolina pulled away with 6-3, 6-3 victory.

“I can’t thank my mum enough for her support, without her I would be nowhere,” said Garcia.

“She’s been my biggest support and has always believed in me. It has been an amazing journey.

“I have never felt as calm and excited and as determined as I do right now. It’s something I always wanted – to come out on top when someone is clearly on top.”

Svitolina, who beat defending champion Caroline Wozniacki 6-3, 6-4, said: “I am really happy with the way I played today.

“I just kept on going in the right way.”

“I am really happy,” added Garcia, who is only a year older than Wozniacki. “I know I am not in the same level as her but just the way I played today, it made me so much more confident I can do a little bit better.”

Garcia had also made a major career breakthrough, reaching the final at the 2015 US Open. Now her main focus is to improve on her Grand Slam semi-final performance in 2014 and take the number one ranking, which has eluded her since she was a teenager.

“I definitely want to have a world number one coming up and I want to win the tournament,” Garcia said. “I know in my head that I have the skills to do it.