Cyprus talks over a split over sovereignty 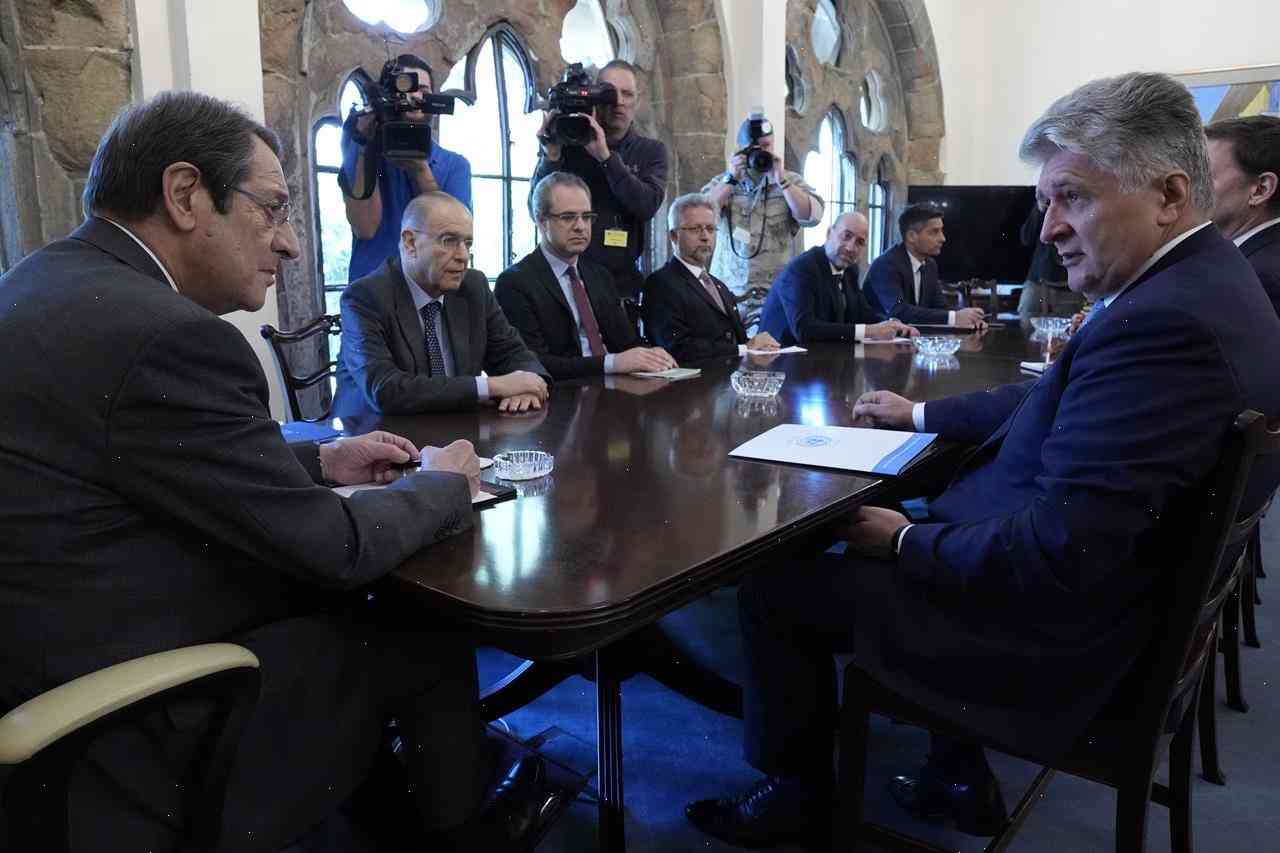 Despite UN efforts, quick Cyprus peace talks restart bleak and inconclusive: Cyprus talks, the world’s longest peacemaking mission, are set back for a second day after Cyprus’s premier said the only way forward was “for the world to recognise us and for the people here to recognise each other.”

Cyprus broke apart in 1974 following a botched military coup against the United Nations (UN) which had recognised it as an independent country.

The conflict, which has cost Cypriots nearly 10,000 lives, remains a political and military stalemate.

It’s the second straight day of talks intended to try to hammer out a settlement over the island’s split.

But the two-day talks on Wednesday were overshadowed by comments by Cypriot Premier Nikos Anastasiades, who said the Cyprus talks – which have gone on for 48 days so far – need to restart but “in an atmosphere of recognition and solidarity”.

Anastasiades said: “We cannot go there with illusions. The solution must be in recognition of our rights and it must not be a confrontation of the people of the island.

But a US State Department spokeswoman said the United States was taking a hardline against the Turkish Cypriot representatives, who had earlier demanded all demands be met, including the lifting of travel and trade restrictions, an easing of travel restrictions and the restoration of the island’s sovereignty.

The Turkish Cypriot delegation have been making “very unreasonable demands” and the US wants “a constructive role and they can find compromise,” spokeswoman Victoria Nuland said.

Anastasiades has also repeatedly called for the lifting of travel and trade restrictions.

The Turkish Cypriot delegation have called the talks as “the most dangerous” as they have demanded the withdrawal of the Turkish troops currently on the island following a failed coup last July.

Diplomats from all around world have been visiting the island, which has an estimated population of 2.6 million.