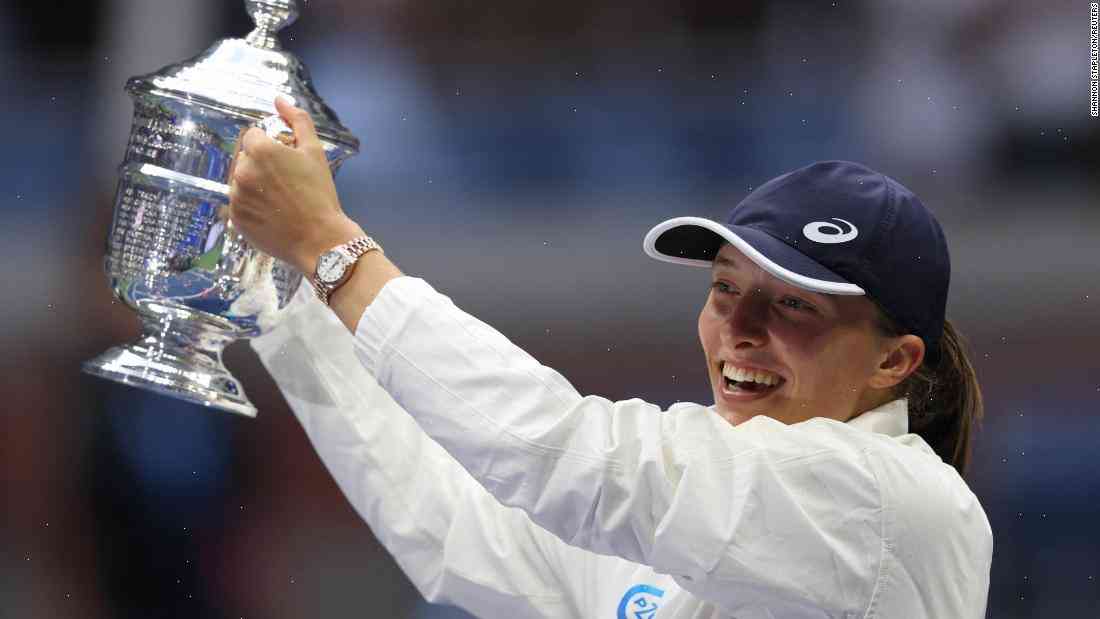 World No. 1 Iga Swiatek wins her third major title at the US Open

Iga Swiatek, the 18-year-old No. 2 seed, won her third U.S. Open title on Monday and became only the fourth American woman to win a major title in major-ranking history.

The Czech player from Texas defeated the fourth-seeded Jennifer Capriati of Florida in a five-set final 6-4, 6-4 and became the youngest U.S. Open singles champion since Serena Williams in 2005.

This is Swiatek’s second U.S. Open title after winning the title in 2016. She ended Serena Williams’ 41-match win streak at the U.S. Open, which spanned from 2002 to 2016. Serena’s win streak is now the longest of all time at the U.S. Open.

This is Swiatek’s third career major title and she has also won the WTA Tour singles title at the Australian Open in February.

“For it to be my first major is a great feeling,” Swiatek said. “I feel like that’s my career. That’s my first big step in my career. I think this is pretty exciting. I have so many things I can take from it.”

Swiatek, the number 3 seed in the tournament, won the first set at the U.S. Open with a break of Aga Radwanska and had a break point at 4-3 in the second set. She saved three break points in the fifth set — also a set point — and held on for her first major title.

“I just played the way I wanted. That was really important for my career,” Swiatek said after her win. “I am happy. It’s a great feeling. I really had to concentrate. I had to play a few shots. At the end I had to focus in a few games and play on and make the first break that I wanted. I was waiting for the right moment to play the right shot.”

Swiatek became the U.S. Open singles champion with a 6-4, 6-4 victory over a tall-but-thin world No. 1, world No. 3, French Open champion and two-time Grand Slam champion