Olusegun Obasa made the statue of the Queen in his bedroom 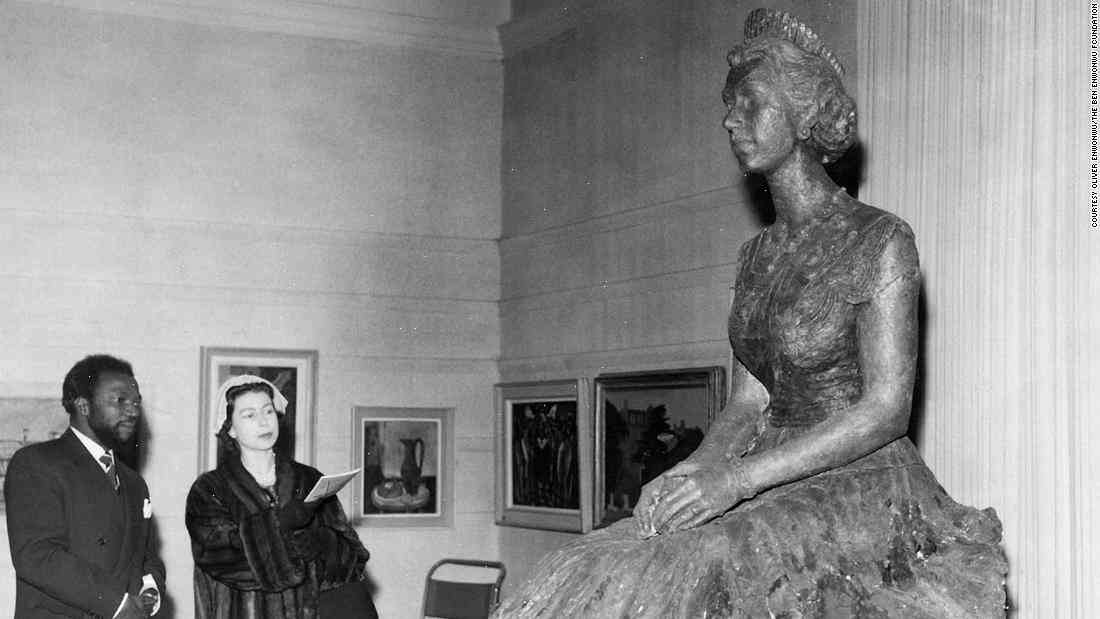 ‘She sat for him 12 times’: The Nigerian artist who made a bronze sculpture of Queen Elizabeth II which she said was “inspired” by the monarch’s granddaughter.

Nigeria’s Olusegun Obasa says he created the sculpture of Queen Elizabeth II in his bedroom after he saw a young child wearing a teddy bear in 2012.

The artwork depicts the monarch with her arms around the shoulders of an 11-year-old girl.

Obasa, 33, said he was inspired by the Queen’s granddaughter, Princess Diana, who died in 1997.

“She’s an inspiration to me,” Obasa told AFP on Monday.

“Her teddy bear is a good symbol for what she stood for.”

Obasa, a self-taught sculptor, made the statue of the princess in his bedroom in a wooden frame.

Diana, the wife of Queen Elizabeth II, died in a car crash in Paris in 1997 while she and her boyfriend Dodi Fayed were celebrating the wedding of their daughter.

In interviews after she died, Diana talked openly about her relationship with Fayed, whom she had met in the 1980s when he was a member of the British royal family, before they married.

In the same interview, she talked about how she and Fayed had a unique bond.

“Dodi and I used to have to do things that no one else do,” she said.

Obasa said he had always wanted to make a tribute to his grandmother after hearing her speak at a church event in 1993.

“I didn’t know if I was going to do it. It went on until I said… she loved it and it made me think about her,” Obasa said.

“The idea came in my mind. I just woke up one morning very inspired and I said, ‘OK, it’s time.’

Obasa said he started collecting items from her home and her wardrobe after learning that the princess’s clothes had been donated to the Queen, a tradition which has been followed up by hundreds of other royals.