The Los Angeles River is in a flood 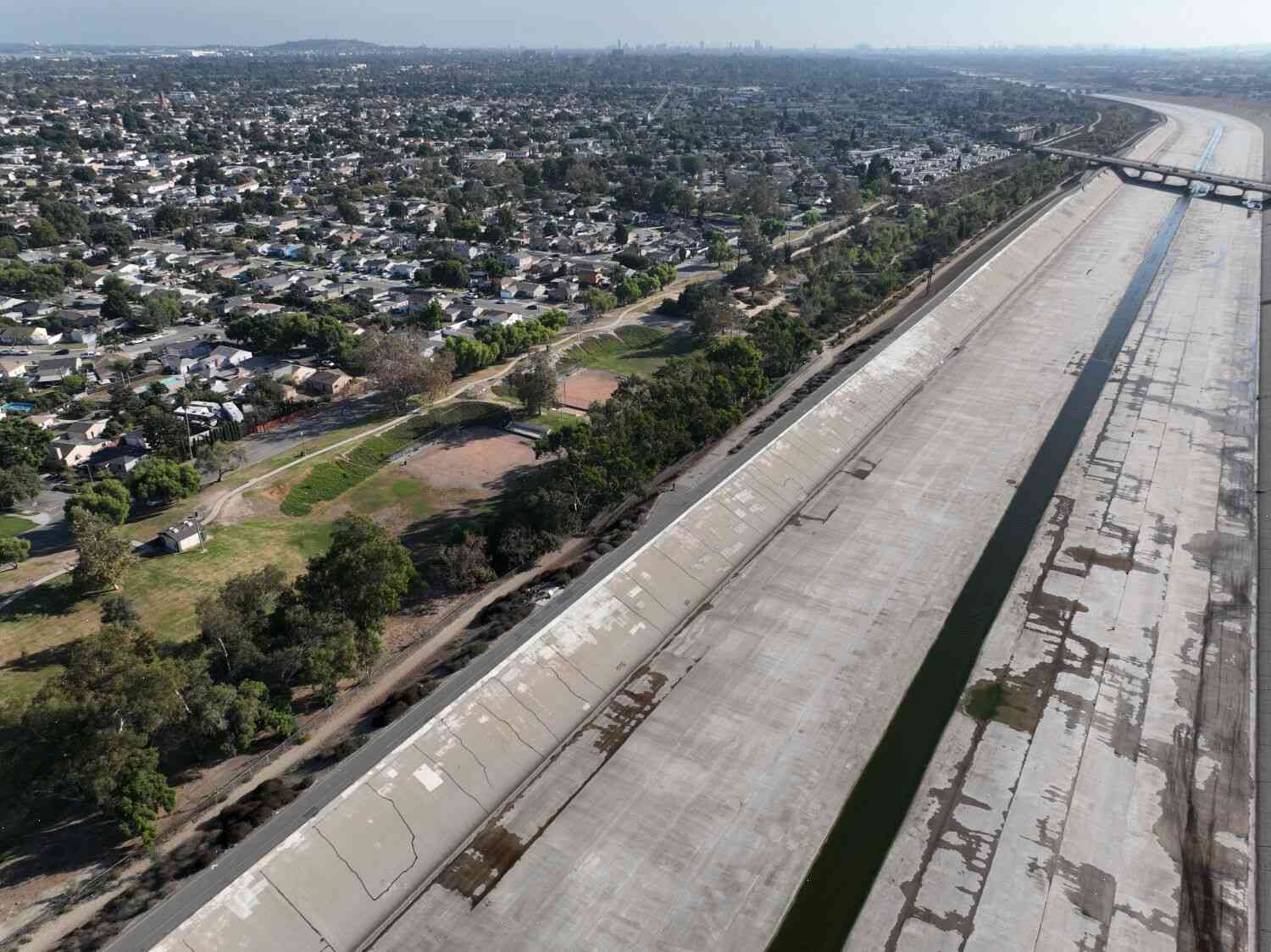 Letters to the Editor: Concrete channels won’t save L.A. in a mega-flood. What was paved over might be rebuilt, but won’t save it.

The Los Angeles River basin is in a flood.

In the three years since it began to flood its main channel, the river’s tributaries — from the Santa Ana River to the San Gabriel River — have crested five times.

This is a record, as the basin sits atop one of the nation’s largest dams. Southern California’s reservoirs, Lake Pardee and Lake Mead, hold around 2.5 million acre-feet of water.

This is the fourth year of the river’s largest surge, but not without a warning.

Last year’s flood was the single largest to hit the River in its nearly a century of existence, and it came to a halt after flood conditions were deemed too dangerous.

The same flood is now here again, but this time, scientists say it is going to be worse.

The River Basin Foundation believes the reservoir levels at Lake Pardee will be lower this year than last — and that the Basin will be able to divert water more quickly, preventing the next flood.

But it is not all good news.

As the Los Angeles Times reported in June, “the San Gabriel River system is more vulnerable to the same scenario. If levels stay high at Pardee, it could be a repeat of the Santa Ana flood, which caused major damage to the city of Los Angeles.”

A number of experts told the newspaper that while Lake Pardee is now at a “good level,” it is “far below the level needed to divert water flow to protect the San Gabriel basin from an extreme flood.”

They say the same flood that hit San Diego in 1991 and caused tens of billions of dollars of damage was caused by the River’s failure to keep up with the city’s demands.

Since then, the city in the San Gabriel Valley has built a massive levee system