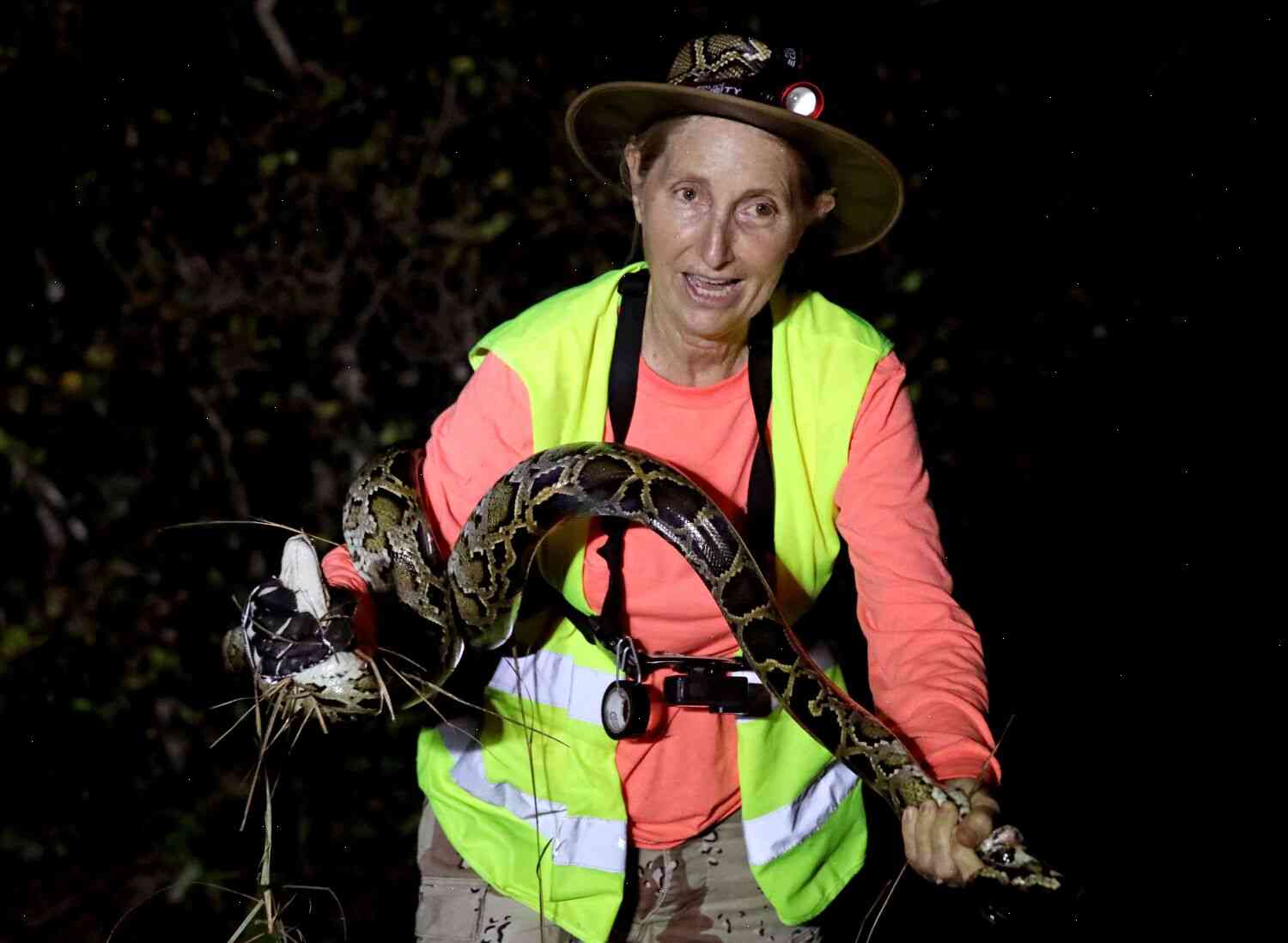 Meet the women hunting giant pythons ‘eating everything’ in the Everglades

This is an archived article and the information in the article may be outdated. Please look at the time stamp on the story to see when it was last updated.

RANCHO PALOSA COUNTY — Everglades National Park and Florida’s other national parks are dealing with the aftermath of this year’s record-setting python season, which saw nearly two miles of giant venomous snakes found dead and mummified in the park. But these parks are also dealing with a growing threat — a huge influx of exotic animals from South American.

The increase in number of snake attacks and mummified wildlife was reported by the National Park Service and the Federal Law Enforcement Officers Association. Both agencies said they are concerned about the number of exotic animals, including snakes, being imported into the country, and how many animals are being imported illegally. They’re also concerned about the reptiles having no means of escaping being captured.

In the last decade, the number of mummified snakes has risen to over 10,000 in the park, park service officials said.

The increase in mummified, and unidentifiable, reptiles has led the park service to call on the local community to report any unusual sightings.

The park’s snake-mummifying problem was previously reported on “InsideNova.”

“It really brings tears to my eyes to see this,” said park staff member, Kelli Adams, who has been the park’s snake coordinator for two years.

Adams said that one of the snakes appeared to be a bull snake, a venomous species known to have the potential to bite.

“A lot of snakes that are venomous will bite if they just feel threatened,” she said. “When we have this whole problem of them being found dead, mummified, and not being able to find their owner