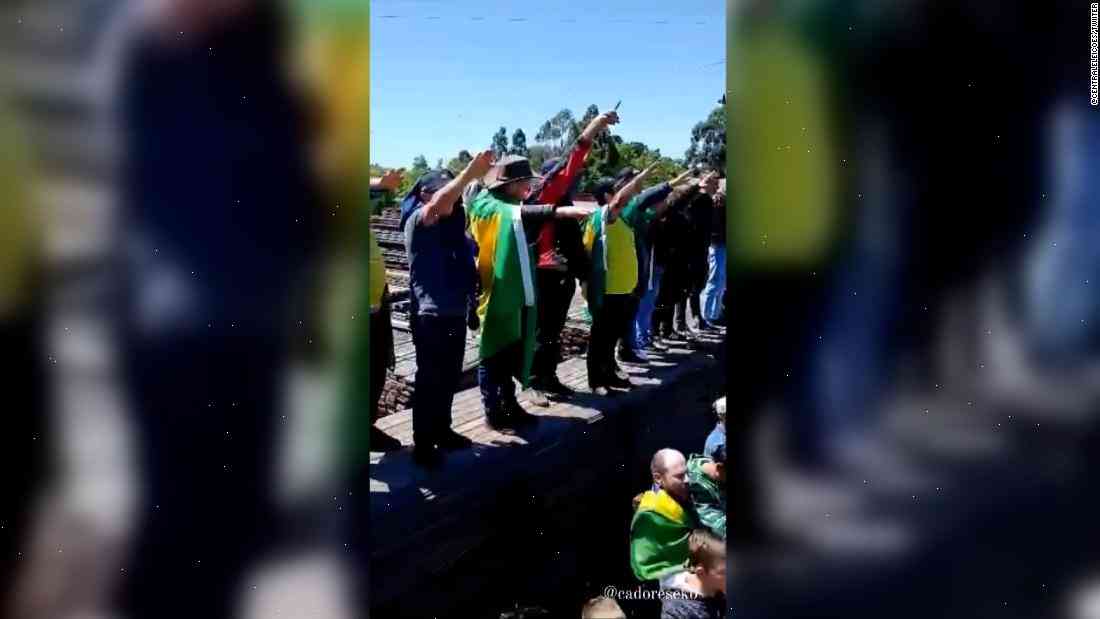 Protesters chant ‘Trump is not welcome to visit Britain’

A man and a woman in Austria filmed themselves chanting the Nazi salute as part of a fascist march at a football match.

The footage, which has been posted on YouTube, was apparently filmed during a football world cup match, where people were trying to sing The Star-Spangled Banner and the crowd chanted, ‘Trump is not welcome here.’

It is thought to have been captured on a mobile phone, and shows a man wearing a white scarf and holding a white torch holding it aloft while people sing.

The man can then be seen raising the torch aloft, while some in the crowd try to do the same with what appear to be black power salutes.

The footage was uploaded to YouTube just hours after the white supremacist and Nazi-saluting march in Graz, Austria.

It was filmed by a man named ‘Jasanek’ from the city and shows him chanting the Nazi salute while holding the torch aloft just before the start of the football match before being interrupted.

‘I am a leftist and a supporter of the White Helmets,’ he said, saying that he was going to sing the anthem with the crowd.

Scroll down for video

Austrian football fan: A man holding a torch aloft, who has been named as ‘Jasanek,’ appears to chant the Nazi salute during Nazi salutes during a football world cup