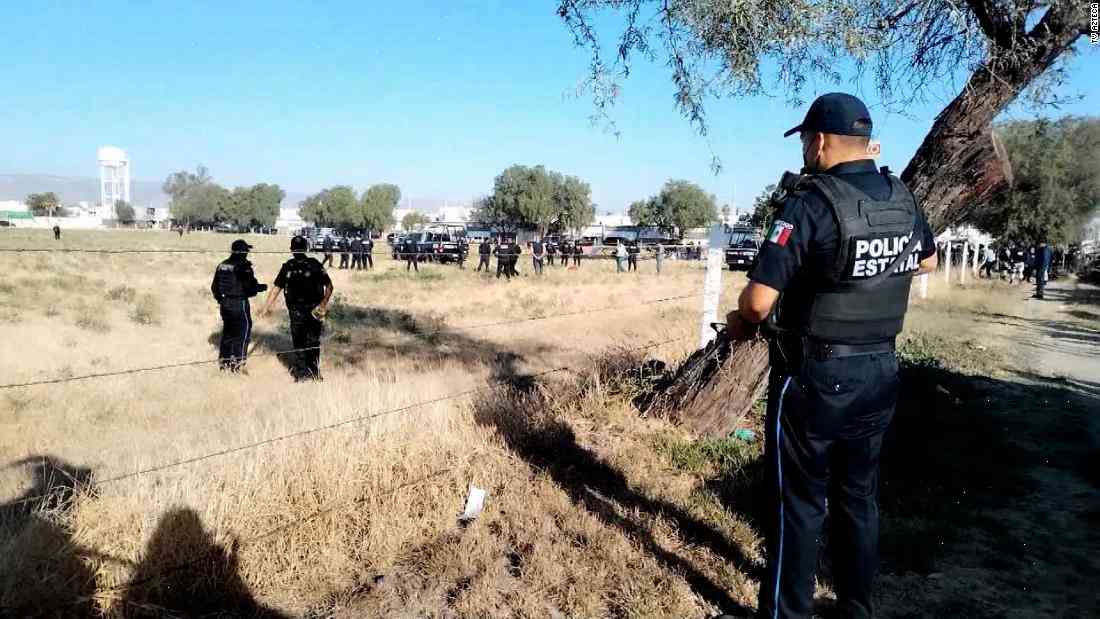 Mexican state security chief is among the five dead in helicopter crash in northern Mexico that left at least 14 foreigners, including a Canadian, in the wreckage.

Mexico’s Attorney General’s office says the bodies of the victims of the helicopter crash are still being taken to the capital, but that victims were “believed to include five Mexican security officials and one Canadian national,” reported Reuters. The cause of the crash is being investigated.

Mexican Defense Minister Luis Cresencio Sandoval said the chopper went down after crashing into a farm near the northern city of Monterrey. A preliminary report said the single-engine Chinook did not have its rotor blades properly maintained and could’ve been in the air for between 20 and 30 minutes before it crashed. However, it would take a long time to find out what caused the crash.

The helicopter’s tail rotor broke off moments before the crash, Mexican officials said. The rotor has been flown to the capital, where government officials said it was being inspected “to determine if it could be used again for transport purposes.” However, the government said it had no plans to use the helicopter to deliver troops to Mexico’s war front against drug cartels.

According to Reuters, the crash occurred in the state of Nuevo Leon, where the Mexican military has been battling drug cartels in the past few years. A report by news agency Univision described the accident as “the second deadly incident in 2017 involving drug cartels.” The first was a helicopter crash near Culiacan, where the leader of the Zetas gang was killed in a shootout last year.

At least eight members of the Mexican Navy and Mexican Army were injured, according to Reuters. The Mexican government has blamed drug cartels for two other recent helicopter crashes, one in northern Mexico and another in the southern state of Chihuahua.

U.S.-based news site the Bell was reporting that a U.S. Army private was among those killed in the crash, but the news website quoted no source. Bell also reported on Monday that it was investigating whether the crash was a “helicopter that had crashed during training” and that other U.S. officials were helping with the investigation.